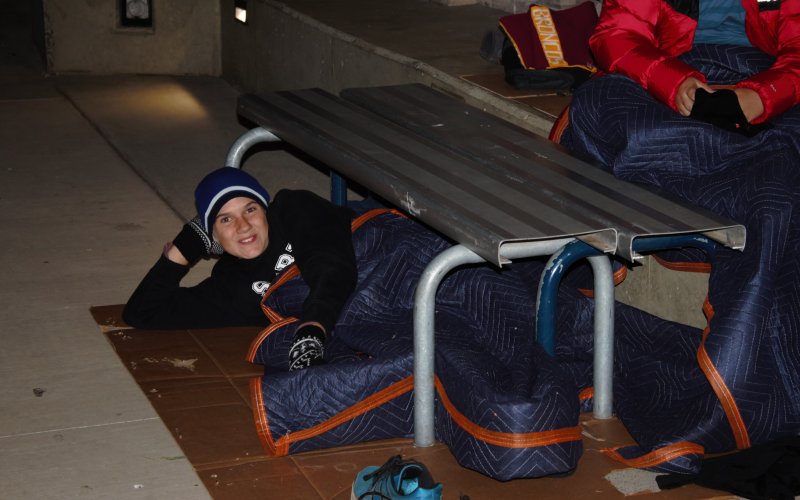 Last week, the Year 8 students took part in a “homeless” immersion night which was held on the grounds of the Secondary College. The night was held to give students an insight into the challenges faced by the homeless on a daily basis and to raise their awareness of the plight of the homeless in Queensland. TSAC has a strong commitment to Service Education experiences as they emphasize spiritual nourishment, social justice, leadership, physical activity, creativity and global citizenship. Experiences such as this also ensure that every student knows and understands the value of teamwork, fair play resilience and perseverance.

The night was made as realistic as possible for our students in what was an eventful simulation where they were faced with very real decisions which had consequences for their comfort. They were issued with a blanket, similar to the ones removal companies use to wrap furniture in, and were assigned designated sleeping areas. They were also shown how to insulate themselves against the cold using cardboard boxes as mattresses or shelters, but they had to find their own cardboard. This was their first dilemma of the night, secure a spot to sleep or scour the “streets” looking for cardboard. After “skip diving” for cardboard they were set for the night. 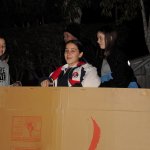 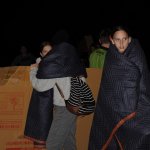 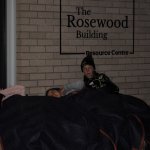 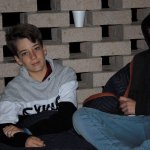 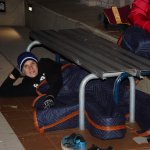 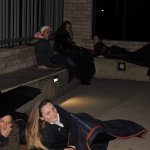 Rosies Friends of the Street provided welcome relief supplying our homeless students with a friendly face and a hot cup of tea, but this lead to their second dilemma of the evening – what to do with their possessions. Our Prefects had been appointed as local council workers for the simulation with the explicit task of removing belongings from the grounds to tidy up the streets. It was a sorry and bedraggled bunch of students who were surrounded by all their worldly possessions as they socialised with Mr Barry Rienecker from Rosies as he described to the students what he does to help boost the spirits of the people he sees living on the streets. Homelessness in Australia has grown by 13.7% in the last five years with 116 427 people declaring themselves homeless, of which 31% are under the age of 19 and more concerningly 17% under the age of 12. The rough sleepers are a highly visible reminder of our homeless situation but they actually represent the minority, couch surfing being the most common form of coping with losing a home. Year 8 students found out on the night that these couch surfers, people who temporarily stay with friends or relatives, can make up as much as 54% of the homeless population. We also discovered that mobile phone bills are the most common cause of homelessness in younger people as unpaid bills will give them a poor credit rating which leads to difficulty in renting a house. This information was put to the students by Orange Sky Laundry, who also brought one of their shower vans for the students to look around in a very powerful presentation 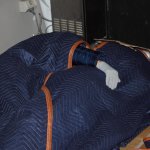 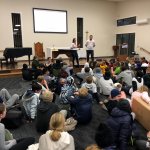 Two o’clock in the morning came as a shock to our students when they were woken by the local police and told that they had been served with a move on notice. They were given very little time to collect what they needed and were evicted from their chosen sleeping area and had to find somewhere else to sleep. This kind of disruption is commonplace for street sleepers who actually often chose to sleep during the day to prevent theft of their belongings and was another road bump for Year 8. Sunrise brought a cooked breakfast and some welcome relief but more importantly an opportunity to reflect on the night’s experiences. Collectively, they agreed that being homeless was no fun at all and were genuinely moved by their plight.