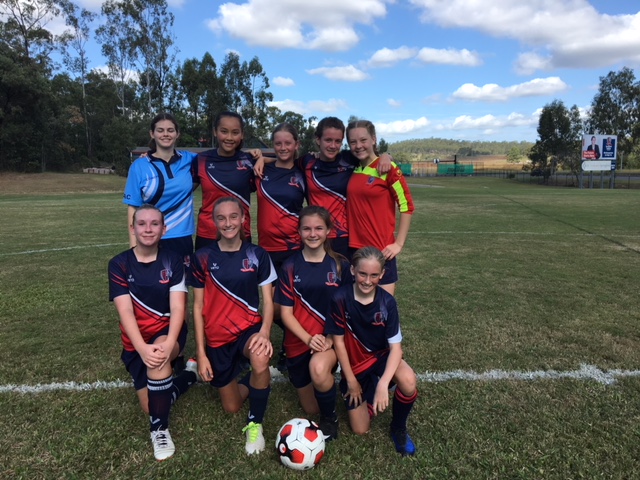 Saturday’s JTAS fixtures saw impressive performances from both the JTAS Red Rugby Team and JTAS Red Netball team, who both remain undefeated after two rounds of the season.  The JTAS Red Rugby team ran in 9 tries in an impressive 25 point win against Redeemer Lutheran College. Including its trial match win over West Moreton Anglican College, the team has now score 26 tries in 3 matches so far this term. The JTAS Red Netball team scored 12 goals in its 8 goal win over Faith Lutheran College Redlands, with the team’s ability to work so well together very impressive to see.

The GBC teams continued their impressive start to the season against Faith Lutheran College, Redlands last weekend. There was a clean sweep on wins in tennis with the Firsts winning 6 sets to 0 and only dropping 1 game. The Intermediate A Netball team were  impressive with a convincing 57 – 8 win, and the Junior A Netball team led from start to finish with a 35 – 8 win. The Girls Football teams remain undefeated and did not concede a goal with the Junior team winning 6 – 0 and the Intermediate team winning 19 – 0.

Overall, it was fantastic week with TSAC only losing two fixtures.

Categories: College News
Back to News
<  Sports Results Saturday 28 April 2018
From the Principal  >