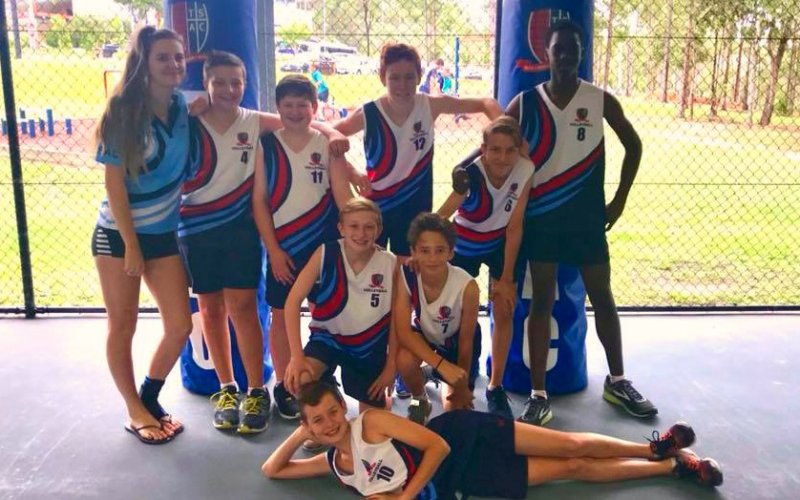 Saturday’s JTAS Sport fixtures were highlighted by the outstanding performance of the JTAS White hockey team, who after only scoring one goal in its first three matches, scored an astonishing 11 goals in a thrilling draw with Ormiston College.

The JTAS Red hockey team produced a strong performance in a 4 – 1 win over Cannon Hill Anglican College, whilst the JTAS Red cricket team continued its consistent season with a tight match against Canterbury College.

In GBC Sport, there was a clean sweep of wins in the Tennis Program. Junior A and Intermediate A Tennis teams, having already secured a place in the Grand Final, remain undefeated with a 6 sets to 0 win, and the Firsts tennis team got back to winning ways with a 4 sets to 2 win.

In Volleyball, the Intermediate Seconds Volleyball team hung on in the deciding set to win 2 sets to 1, and the Firsts entertained the crowd in a five-set thriller, before eventually losing 3 sets to 2.

The Junior Cricket team bounced back from their defeat last weekend to secure a convincing win after scoring 5/150, whilst the Firsts scored 7/69 after bowling Plainlands out for 68.

There was great sportsmanship showed in the Firsts Girls Basketball game with players from both teams congratulating Jasmine Jackson after scoring a three-point shot on the final buzzer.

Overall it was a great weekend of sport, with TSAC winning 14 out of 18 fixtures against Faith Lutheran College Plainlands.

Categories: College News
Back to News
<  Sports Results Saturday 3 March 2018
From the Principal  >