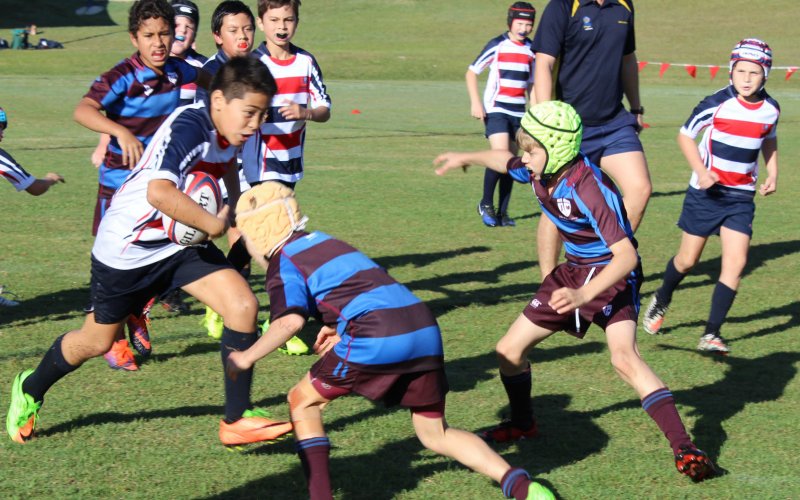 Saturday’s JTAS fixtures were highlighted by outstanding performances from the JTAS Rugby team and the JTAS White Netball team, who recorded impressive wins in their matches. The JTAS Rugby team secured their first win of the season, scoring eight tries in their home fixture against John Paul College. The JTAS White Netball team also went on a scoring spree, scoring 15 goals in its victory over West Moreton Anglican College.

It was a successful weekend for the GBC teams at home to Faith Lutheran College, Plainland with thirteen wins and four loses. There was a clean sweep of wins for the Boys Tennis teams and the Girls Soccer teams. The Girls Soccer teams remain undefeated and have booked their place in the GBC Grand Final. The Seconds Netball team are one win away from reaching the GBC Grand Final after a convincing 39 – 26 win and the Intermediate A Netball team were in formidable form with a 57 – 2 win. The team of the week goes to the Firsts Netball team who were neck and neck with FLCP and managed to hold on to win 27 – 26.

The College Mascot, Sir Terence, made a guest appearance on Saturday and was very impressed with the performance of the teams.

For a comprehensive overview of all TSAC sports results from this weekend, please click on the following link: JTAS and GBC Sports Results.

Categories: College News
Back to News
<  Sports Results Saturday 20 May 2017
From The Principal  >