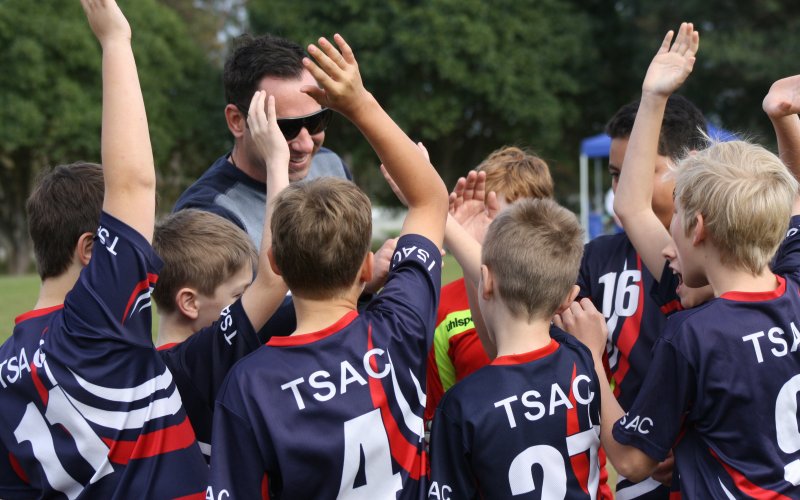 Congratulations to all GBC teams that competed against Rivermount College over the weekend.

The Firsts Boys Basketball team remain undefeated with a 24 – 16 win, and the Intermediate A Boys Basketball team led from start to finish with a 25 – 14 win. The Junior Boys Soccer team are still in contention for a place in the GBC Grand Final with a solid performance seeing them draw 1 – 1. There were some close volleyball fixtures, with the Intermediate A Girls Volleyball team securing a 2 sets to 1 win after losing the first set,  whilst the Firsts Girls Volleyball team recorded a convincing 3 sets to 0 win.  In Girls Touch, all teams gained wins in their respective fixtures. The Intermediate A team were outstanding with an impressive score line of 25 – 0. The Seconds managed to hang on to secure their place in the GBC Grand Final with a 3 – 2 win, and the Firsts have continued their impressive season with a 9 – 2 win.

Overall, it was an impressive weekend of GBC sport for TSAC, with twelve wins, one draw and five losses.

The weekend’s JTAS fixtures were highlighted by the performances of two of the basketball teams, who secured away wins against Ormiston College.

The JTAS Red Basketball team produced its best performance of the season in scoring 30 points in a 16 point victory, whilst the JTAS Navy Blue Basketball team moved to within one win of completing an undefeated season, after a dominant last quarter led the team to an 18 point win.

For a comprehensive overview of the TSAC sports results this weekend, please visit click here.

Categories: College News
Back to News
<  Sports Results Saturday 19 August 2017
From the Principal  >