Heading towards the Future 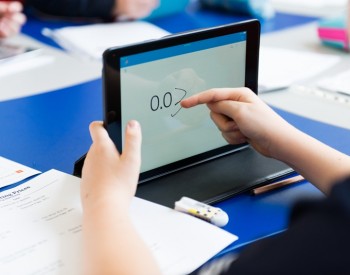 Last week I attended a seminar focused on the future of schooling. Attendees were asked to think back to their own school days and the memories they took from their schooling and were challenged by what schooling may look like by as early as 2020.

I attended a boarding school in Armidale, NSW for eight years starting in Year Five, the memories of which were stark learning environments, tough teachers with an excellent subject knowledge and the enjoyment of playing lots of sport, in particular Rugby Union and Cricket.

Pleasingly today our Primary students learn in a different world and in vastly different ways. Flexible learning spaces, one to one devices, and authentic tasks are the norm. Classrooms are highly visual places with areas set aside for differing styles of learning. Beanbags, balls, couches, desks at which student can stand, and carpeted gathering areas often supplement the traditional desk environment.

Within this environment students are able to research, collaborate and design in ways not thought possible not that long ago. Recently students on the Primary Campus have participated in NAPLAN on-line testing to trial the new structure heading in all student’s direction in 2019, have collaborated on-line with American Author Steve Paha, who sent the Year Six students copies of his book “Be a Better Writer”, and continued their coding journey via Code Club where Dash Bots are programmed to complete specific tasks.

Teachers are no longer required to be the disseminators of knowledge, rather facilitators of learning, which underpins the student’s ability to solve complex problems, to become critical and creative thinkers, and engage technology to come up with new solutions.

As our Primary students enter Year Seven in 2017 they will be challenged by a newly constructed curriculum, which includes areas such as philosophical inquiry, psychology, robotics and media studies. This highly engaging curriculum will well position students for future learning both at school and beyond.

By the time our current Kindergarten students exit school, who knows what their learning environment may look like. The world of artificial intelligence could be prominent, 4D printing as opposed to the current 3D printing, common place in which objects change shape and purpose over time and where holoportation, that allows high quality 3D models of people to be reconstructed, compressed, and transmitted anywhere in the world in real-time, common place.