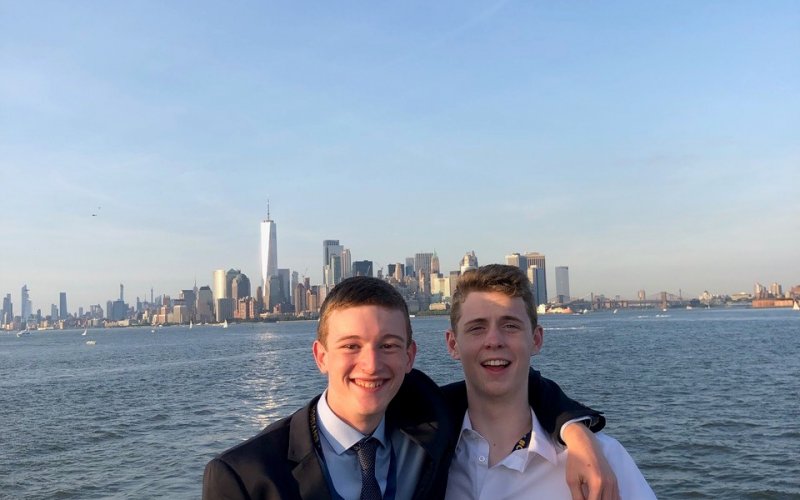 In nurturing the development of leadership at TSAC, we have for the first time this year, nominated Year 11 students of high potential to participate in the Envision Global Young Leaders Conference in the United States. Six TSAC students travelled to the US during the June/July school holidays to participate in this wonderful program, and had the opportunity to meet and work with other outstanding young leaders from around the world. Congratulations to Jaime Clark, Jordan Carter, Baylee Jewell, Cody Carlow, Jacob Sim and Deakin Mackenzie who embraced this life changing experience, and thanks to their families for enabling them to participate.

Among their many memorable real-world simulations, the scholars worked together in the Global Issues Workshops to create and exchange ideas, in hope of passing resolutions on some of the biggest global challenges that our world faces today.

The facilitators of the program were amazed by the growth of the scholars throughout the Global Young Leaders Conference. One of the memorable moments was when the scholars step into the shoes of a global leader in the Global Summit simulation, where they utilize their learnings of drafting policy proposals, debating issues, and negotiation to present their global approach to an issue of worldwide importance. Witnessing the scholars bringing their peers together to come to a consensus on their presented issue is incredibly powerful.

Our TSAC students had opportunity to meet and build relationships with other like-minded students from around the world. They returned with a new energy and enthusiasm for their future pathways and to improve the world. With plenty of time to socialise and explore the sights of Washington DC and New York, they have memories and contacts which they will have for a lifetime! Below are some of the photos from students with details of the events. 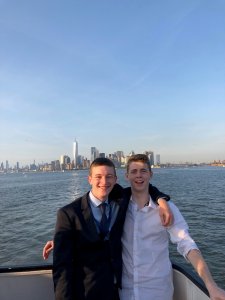 Jordan and I on the river cruise on the last night 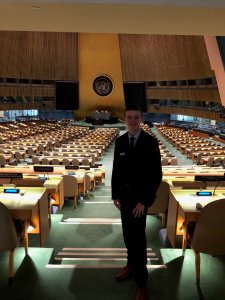 At the United Nations General Assembly 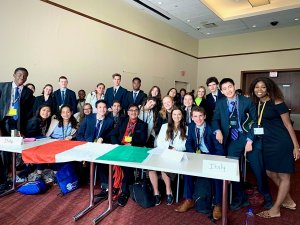 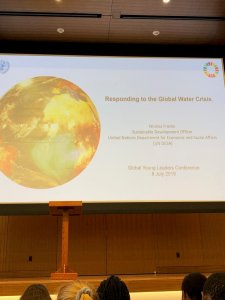 One of the many guest speakers at the Conference 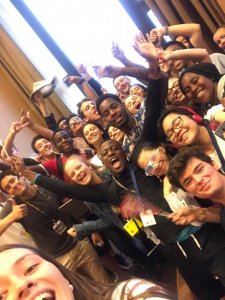 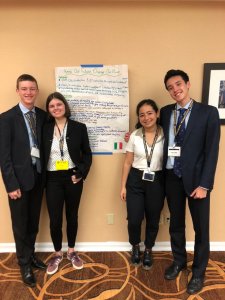 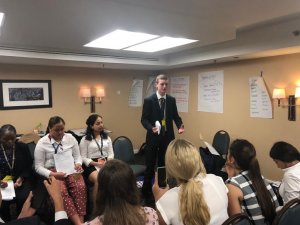 Delivering a mock press conference for the Department of State 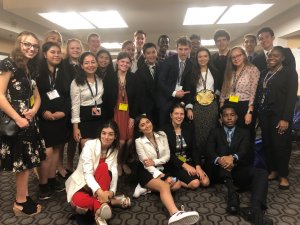 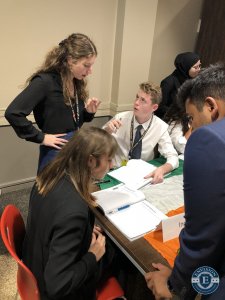 Jordan hard at work with his group 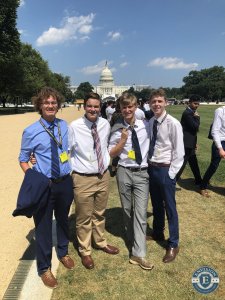 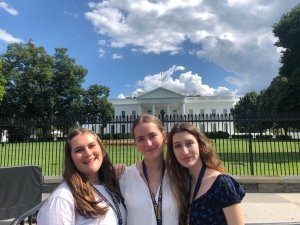 My friends Ruby from South Africa, Georgia from Greece, and I at the front of the White House in Washington D.C. 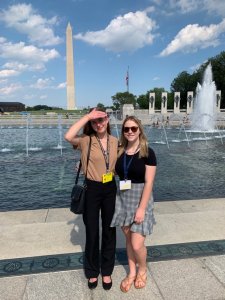 Baylee Jewell and I in front of the Washington Monument in Washington D.C. on Day Two of the Global Youth Leaders Conference. The day was spent visiting many of the famous memorials in D.C., including the Lincoln Memorial. 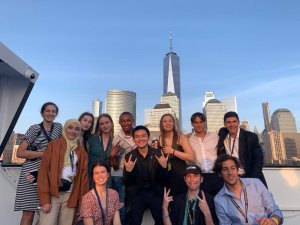 This photo was taken on the Hudson River in New York on the cruise which marked the closing of the GYLC core program. In the photo are members from country group Brazil, with our instructor Loc in the centre. The nationalities of the students include South African, Greek, Dubaian, Italian, and Columbian. 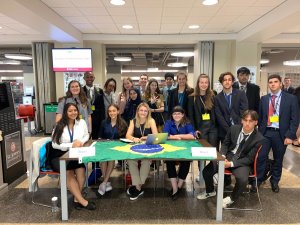 My country group, Brazil, at our table whereby other country groups could delegate and form political relations. This was done so in order to gain votes for each other’s Sustainable Development Goal Proposals, presented at the Global Summit in New York at St John’s University.