Farewell Term 3
It doesn’t seem long ago that I wrote something similar about Term 2 coming to an end, and here we are saying goodbye to Term 3.

But it is a fond farewell, to one of the most action packed periods in the school calendar in which saw wonderful and enriching learning experiences offered to students outside of the classroom at camp, the College musical, various musical showcases and Book Week. Inside the classroom it has been equally busy, with preparation for exam block and QCS testing, and new Learner Framework launched, and the release of our NAPLAN results which showed strength in a number of areas of Literacy and Numeracy across Years 3, 5, 7 and 9.

The life of a school is, of course, cyclical. And as we power on into the last Term of 2017, at school we are already anticipating and planning for next year. This year has been an excellent one, and we intend for next year to be better still.

Digital Solutions and Code Camp
As an example of the improvements to the student experience that we are making, in a recent newsletter I announced to you that from 2018 we will have changes to the Year 7 and 8 curricula which will result in Digital Solutions, a subject in which our students will learn to code and program, being compulsory for all students.

This curriculum change is part of our commitment to ensuring that TSAC students are equipped to thrive in their globally-connected, digital world futures, with the skills they will need to succeed in a workplace where digital literacy will be a requirement.

As the average job becomes more collaborative, more global and perhaps more digital, there is a clear shift in the types of skills that are being sought by companies around the world.

It is predicted that our students, your children, will need to confidently navigate a very different future to the one we looked forward to when we were their age, and it is important that the education we provide prepares them for their fast-changing, unpredictable and exciting futures.

As an extension of this commitment, we have also gone into partnership with Code Camp, a provider of fun and interactive coding activities in the school holidays. This allows students, whether beginner, developing or accomplished in the coding space, to develop their skills and write their very own iPhone app.

Should you wish for your child to take part in Code Camp this October holiday, please click here.

GBC and JTAS Finals
This week saw the GBC Finals, in which 6 TSAC teams competed. I would like to offer my congratulations to the Firsts Boys Basketball team, Intermediate B and Intermediate A Girls Touch teams which were all successful in securing Premierships. An honourable mention should also be made to the Seconds Touch team, were 10 seconds from claiming their first ever Premiership but went down to a late try.

I would like to thank Mr Holmes, Director of Sport, his coaching team and all of the parents and volunteers who made Term 3 successful in sport, and which resulted in TSAC finishing runners up in the GBC Schools Championship Ladder.

TAS Saturday Sport for Term 3 has recently completed, with 8 teams representing the College across Basketball and Football. The College were one of the highest providers of teams in the JTAS Competition for the term, which was highlighted by the performance on the JTAS Navy Blue Basketball team which completed an undefeated season.

Last Friday saw the annual JTAS Athletics Carnival take place, with the team finishing in fourth place in Red Division on the day. The carnival was highlighted by the performances of the 9 Years Boys and 12 Years Girls age groups, who won their respective age divisions.

I would like to thank Mr Patmore, JTAS Coordinator, his coaching team and all of the parents and volunteers who made Term 3 a successful term of sport on the Primary Campus. 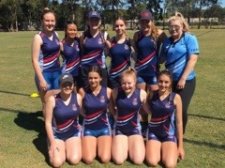 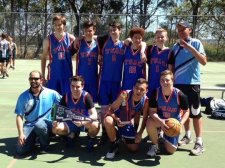 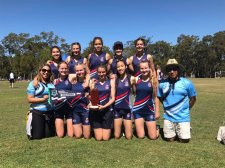 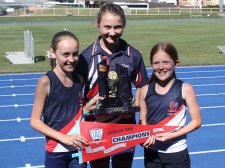 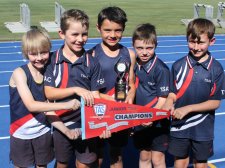 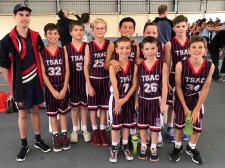 Parent & Friends Committee
Lastly, I would like to offer my thanks to our wonderful P&F, who recently hosted two community events. On consecutive Fridays, approximately 400 families attended the Father’s Day Breakfast and/or Family Movie Night, and had the opportunity to catch up and, relax and enjoy the community spirit.

My thanks to President Peter Corta, and Sean Winterflood, Karolina Pemberton and Kim Wojtasik for their hard work in facilitating these events.

Until then, I wish you a relaxing and safe school holiday.