Back to News
<  From the Principal
Leadership Roles  > 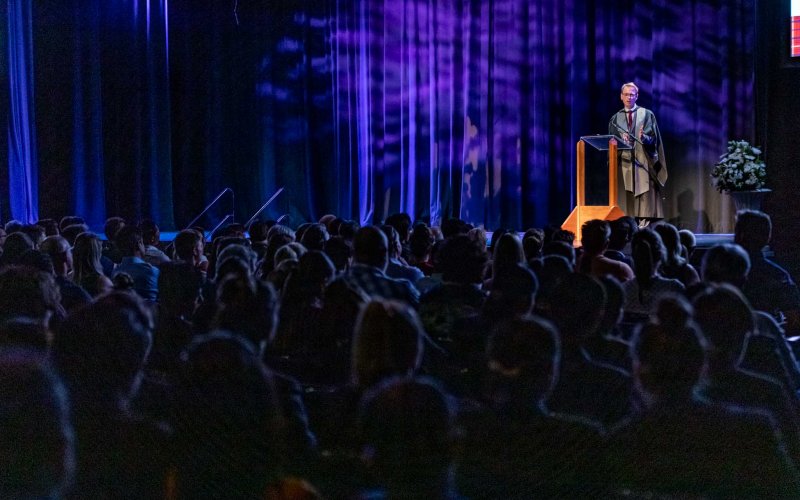 This week we hosted one of the most important events in the College calendar, the 2018 Speech Night, at which we recognised the achievements and successes in teaching and learning – those who achieved high standards and those who have made significant progress – and inducted our 2019 school leaders.

It was a wonderful occasion, with special guests, staff and parents there to recognise the hard work and talent of our students.

For those parents and community members who could not be present, this From the Principal takes the form of my speech from that night and a list of all prize winners, so that you can share in it. 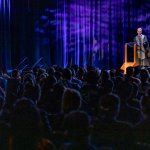 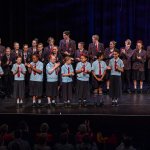 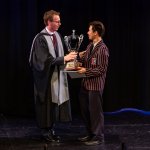 Today, Friday of Week 6 Term 4, also marks the last day of school for our Year 12 cohort. Following their exam block last week and an incredible year of hard work, they have celebrated this week with a Retreat Day together on Wednesday, a Night of Reflection and, today, a Graduation Assembly.

Leaving a school, for some of them after many years and in some cases since Prep, is an emotional experience. It should be – TSAC has been a place where they have grown up, formed relationships, learned, loved and enjoyed experiences which will serve them throughout life. I suspect that many of them are sad, and that is understandable.

Of course too, change brings with it the opportunities for adventure and to put those learnings to the test in further education, work and relationships in the adult world. They are more than ready to do that, and I am excited for them. Please don’t get me wrong, we will miss them and hope that they stay in touch. But we are also proud of them, and confident in their abilities to make the world a better place. Springfield, Brisbane, Queensland, Australia and the world is lucky to have them venturing there.

Good luck Year 12, and make your own. 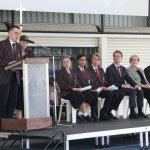 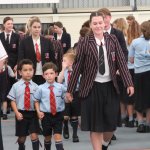 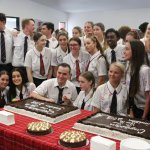 Please find below a version of my speech from Tuesday Night:

I would like to extend a warm welcome to you all: students and parents, special guests, staff, the College Executive and Senior Leadership Teams and members of our College Council.

Ladies and gentlemen, in my speech tonight, I intend to revisit a theme I have adopted for each of my speeches at events at the end of this year, and speak about micro and macro contributions to the College’s progress or, more specifically, talk to the important ways that every single contribution that a person makes is part of the success of the whole.

Usually in an Address of this sort, I would start by summarising the year that has passed and list our achievements. I will get to that, sort of, but first, in order to explore my theme of individual contributions to the whole, we’re going to start deep.

What I want to do is ask to you a question and then tell you a story. The latter is about a Year 10 English class studying a John Steinbeck novel, and the former is a thought experiment concerned with the metaphysics of identity that has occupied thinkers for a long time.

Let’s start with that, the former, the question:

So, what I want you to consider is a puzzle called The Ship of Theseus, which was first posed by Plutarch in 400BC.

Plutarch presents a situation, and says:

Imagine that Theseus is sailing on a ship. He and his sailors are on a long journey, and the ship gets weather beaten and some of the wooden boards of the ship suffer damage. Theseus and his men replace the damaged boards with new ones. Over the next few weeks at sea, Theseus and his men replace all of the boards and pieces of wood that make up the ship, every single one, so that all of the pieces of the boat are new.

The question of Theseus’ Ship is this: when Theseus and his men reach their destination, having replaced all of the boards on the ship, are they still sailing on the same ship that they set sail in, or a new ship?’

This question really asks us to consider what it is that creates the identity of the ship – is it the pieces that it is made out of? Or is it its purpose and the people that are in it?

The people who have considered and discussed this puzzle for hundreds of years subscribe to one of two answers. One group say that it is a new ship. These people believe in something called the mereological theory of identity – and what those people think is that the identity of something is created by the sum of its parts. They think that if you change the parts, you change the thing.

On the other side of the argument are the people who believe something called spaciotemporal continuity theory, which argues that when something is changed it can retain its identity as long as the change is gradual, and that the shape of the object is preserved through the replacement of its component parts.

So there is the question, and as I said, it’s a deep one – when all of the parts of the ship change, does the ship become a new ship, or is the ship always the same old ship?

Let’s come back to it.

Instead, let’s come to my story – a few years ago I was teaching a Year 10 English class the novel Of Mice and Men. It’s a great book, about a group of men in 1930s America who are working on a farm. At that time, during The Great Depression, jobs were extremely hard to come by and so people who had jobs tried very hard to get them and keep them. The author shows us that sometimes, when desperate to keep their jobs and also because doing so is human nature, people try to exert power over one another. They do this in a variety of ways in the book – they persuade, they befriend, they bully, they fight … all in attempts to get one over the other employees, be powerful and keep their jobs.

They didn’t get it, and they just kind of looked at me.

So, I stepped back and asked them to look at it too. Is that right, I asked. Are you sure? Are you happy with it? Principal at the top, students at the bottom?

And then they kicked into gear with the task, and started to spot problems and ask questions:

So it went on and, after a few minutes, we had hit upon the very problem that I hope they would discover – no one person is more powerful than any other one person. Depending on how you look at it, all of the people in the school had influence and power. Or, in other words, we were all in it together.

I want to tie a few things together – my question about The Ship of Theseus, my story about a Year 10 English class and, as I said I would, a quick look at the things we have achieved this year.

2018 has been another exciting and big year for The Springfield Anglican College, in which:

All of those of things happened in 2018, and I am very proud of them. But those events, the buildings and the achievements, all of those developments – they are Theseus’ ship, and they are the hierarchy in action.

We have new buildings, and things changed this year, and, to return to the metaphor of Theseus, we replaced many of the boards of our ship and have more to change in 2019, but we are still the ship, we are still TSAC, and that is because of our purpose and the people here who all made massive contributions to that board changing. Those events and developments did not happen on their own – they took planning and discussion and management.

This is spaciotemporal continuity theory at work – the way the College looks might change, the projects we are managing might be new. A portion of our student body, with our Year 12 leaving this week, will depart, and new students will come in, but we will always be TSAC because of our purpose and because of the people who are here making up the community and making important contributions, regardless of the role they played.

As an example, in planning, building, opening and using a new building like The Rosewood Resource Centre, which is a really important development for the College – who played the most important part in it? Was it the architects who designed it, or the builders who laid the bricks? Which is most important? I don’t know. One couldn’t do their job without the other. Is it the College Council who approved for the money to be spent? Or the Librarians who run it so beautifully now that it is there? Or is it the students who are in their everyday giving the rooms life and colour and noise? Which of those people is most important in making Rosewood an important part of our development and success in 2018?

All I know is that we are in it together. We all … teachers, Council members, leaders, admin and support staff, students, parents … we together all make TSAC the forward moving place that it is. None of us was more powerful or influential than any other. We rely on each other, and we work together. Each of us plays micro contributions to the whole. And my great thanks for the vital part that each of you played in it.

Students tonight receiving awards, congratulations. You have heard me say many times that it is effort, determination and purpose that achieves good outcomes. One of my most used phrases is ‘that you get the results you deserve.’ You are here to be celebrated tonight because you deserve it. You have worked hard, we are proud of you all, and I look forward to congratulating you all personally.