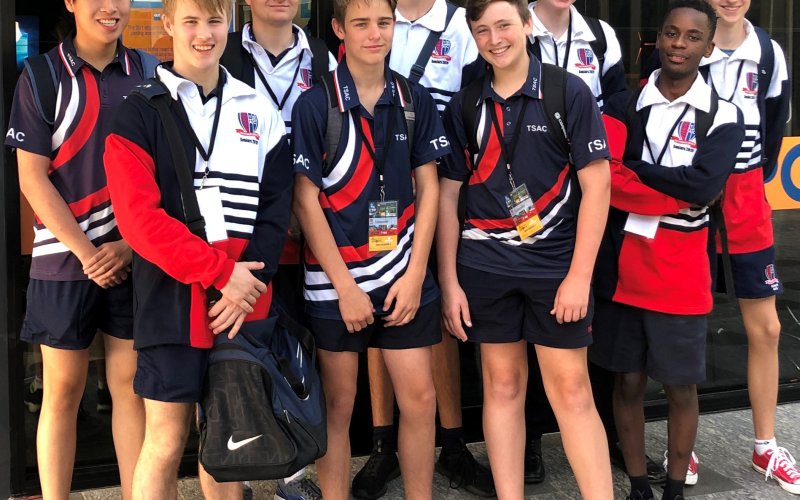 I was a teenager in the 1980s. It was a glorious time for music and for films, and one which also saw the birth and growth of a new way for young people to spend their free time – video gaming. In the 30 odd years since, gaming has become a way of life for many young people – for good and for bad.

For the purposes of full disclosure, I consider myself a gamer. I was bought my first console, a Spectrum ZX81, by my Uncle Colin in 1983. Looking back now, it was such a basic device – clunky, noisy and running hot enough to be a house fire risk. But it was a joint birthday and Christmas present from my favourite relative, and I was the first kid on the block to have such a machine, and at that time it seemed staggeringly futuristic. Perhaps not surprisingly, I quickly became everyone’s best friend. I still remember myself and a group of mates in excited agony, hunkered over the console and watching and listening to the screech of the loading game cassette, so that we could give Pac Man or Defender or Frogger another go.

I fondly recall the hours that I spent with friends back in the day, gathered around that console and feverishly bashing away at the controller. It was a happy time of banter and competitive squabbling, excited laughter, trying to get to that elusive ‘next level’ and bonding with my mates.

My teenage years and beyond saw a repeated pattern of console upgrades. By 1985, my friend Dean got a NES and such a step up was it that my friends and I all but abandoned the trusty old Spectrum for this new thing of beauty. And again at uni, myself and my housemates essentially went without food for a week so that we could all chip in and buy the first PlayStation in ’91.

Even now, I have a console sitting next to my tv at home. Admittedly, these days and for the last 15 years or so my gaming has pretty much amounted to an hour or two a month. But I also admit to having a couple of simple games on my phone, and to heading out each September to buy that latest edition of the FIFA game franchise. There is fun to be had for a couple of hours every now and then.

Gaming of course does not always have a good reputation. These days, with highly immersive graphics and sophisticated gameplay, accusations of games being addictive, morally bankrupt and dangerous are common place. Certainly, with gamers connecting with like-minded folk in online environments, there can also be cyber risks involved.

However, my view is that most things are harmless when done in balance, control and moderation. I doubt anyone would argue that apples aren’t good for us, but if a person ate nothing but apples he or she would quickly become unwell.

I would never for a moment advocate to a parent that they allow their child to sit in their bedroom for hours at a time playing Grand Theft Auto 5 or talking to total strangers online. Clearly there are risks in that. But there are, when done in moderation and in healthy environments, great benefits to gaming. Research in fact has shown that, when undertaken in moderation, gaming can lead to increased hand-eye coordination, improved problem-solving skills, enhanced memory and better abilities in multi-tasking. These are all things that we want for our children.

In terms of providing a safe place for gaming, I am delighted that at TSAC we are now offering an Anglican Schools and Cyber Safe approved gaming club called eSports. Coordinated by Laura Bain, Head of Digital Learning and Innovation, and Brandon Hanson, ICT Network Administrator, eSports is an inter-school competition where our students have an opportunity to realise the benefits of gaming without any of the risks. eSports in Australia is a rapidly growing industry attracting significant investment from traditional sporting leagues. Partnering with the QUT eSports Arena, this competition also provides industry connections and potential work experience pathways for our students in this buoyant and growth industry.

Last Saturday the TSAC Titans team competed in the first Anglican Schools eSports League at the QUT eSports arena. Consisting of Boyd Chaffey, Alex Christofferson, Izak Jamieson, Eli Myers, Seb Rallings, Andrew Rose, Jack Taylor and Zezere Tadiwanashe, the Titans competed against the other 8 schools in the competition in the games of Rocket League, Overwatch and League of Legends. 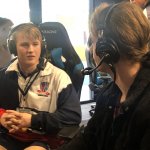 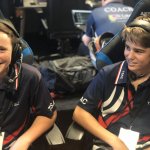 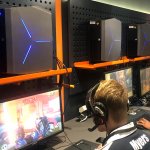 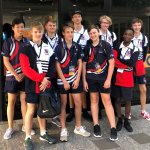 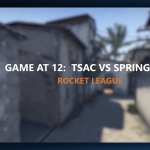 I am proud to say that the team finished the day in second place, and receiving a special mention for an outstanding performance in the game of Rocket League. In addition to the gaming fun, several members of the team got to try sportscasting and commentated on the live feed of the competition on the online channel Twitch, giving them an insight into the media careers that can be associated with such activities.

I am really excited about this development of our co-curricular offering. In introducing eSports, we are recognising student interests outside traditional sports, academic clubs and creative arts, continuing to deliver on our commitment to try and find ways in which every student can flourish and succeed. Many of our students are avid gamers and we wanted to provide a space for students with this shared interest to connect.

Formalising gaming into eSports competitions highlights the positives of gaming – the aforementioned teamwork, problem solving, thinking strategically and communication. It brings gamers out of isolation and potentially toxic online environments into positive and social environments that promote good sportsmanship. eSports teams around the world are promoting balance and the physical and mental health of their gamers.

Although in its infancy, the Anglican Schools eSports League aims to develop a positive culture around gaming and online interactions with teams acting as digital champions within their communities. We are very excited to be among the first schools providing this opportunity to our students. Should you wish to know more about this, I encourage you to contact Laura Bain on lbain@tsac.qld.edu.au